Promise to Remember Us

Yo,it's me. I'm not a small,cute child with diabetes...or that awkward,shy teenager. But it's still type 1 diabetes...and I'm here for the same reason as everyone else,to raise funds & to show support for a cure.

So when you loudly announced, "Welcome,parents of children with diabetes!" I was not amused,what is everyone else,chopped liver? There are hundreds of grandparents,family,friends,and adult PWD here as well.They deserve mention.(perhaps it is par for the course,it's my first JDRF walk & I dunno what is standard) They are a vital part of the support team & the push for a cure too.

Despite that,it was a gorgeous April day,& we completed the walk (and I bolused perfectly for the food,awesome bgs).Then a member of the team tried to sell me on the idea of "going natural to get off insulin." Politely told him it wasn't possible & why. He didn't get it,though,(people walk for many reasons,& some people have litterally no clue what type 1 is)

Promise to remember all of us..from the cutest little kiddo shirt (with a "I'm going to eat you,Diabetes!" ) to the grandparent with their grandchild's handprints emblazoned on their walk tshirts.Because type 1 diabetes affects all of our lives,it's not just the 0-18 group.

- Posted using BlogPress from my iPhone

Nine years ago today, my life changed. (for the better)

I don't have my Minimed 508 anymore,lent it to a friend & presumably, they'll probably use it until it dies. I didn't even know they made supplies for it anymore, but I guess they must.(the person does not want to switch,& it's their choice,I'm glad they're getting some usage out of it.)

I had received my 508 in January 2001, but I couldn't open the box until my insurance company actually approved it. And that took another month. Scheduling a start date was another 2 months, the d-clinic was extremely backed up. Insurance finally approved on Feb.26,2001; but (later) Minimed denied my eligibility for an upgrade to the 511(?) , apparently two days too early to get in on that deal. If I wanted the upgrade, I'd have to pay for the new pump.I was so upset at this that I vowed it would be my last MM pump,it was a great pump but the customer service was non-existent at that company. Like I can control when my insurance company approves something. I never won that battle,& its all water under the bridge now,but they lost me as a customer when they did that.

On the morning of April 23,2001, my dad drove me to the diabetes clinic for pump training.(a parent had to be there,though I was an adult,it was a pediatric clinic)I got set up on the pump, received the new Ultra (which I drooled over..making the quantum leap from 45 sec Accuchek to 5 second Ultra was amazing) while the other trainee(a young teen) screamed bloody murder as the Silhouette was inserted.(yes,sils can hurt,but I think it was just nerves,she stopped screaming when it finally got in) I then gathered up all my supplies,etc.and followed the CDE over to the cafeteria where a younger dietician met me & we did practice bolusing for lunch. That finished, I followed her up to the pediatric ward where I spent the next 24 hours on observation status. My blood sugars stayed like a literal rock the entire night,varying by about 6 points,but when morning came they skyrocketed up to the 300's. That was the day of a class final exam,and I had a presentation to give that evening(an hour away). They finally let me out late afternoon and I barely got to my class in time,but proudly sporting my 508 (in public) for the first time. The one thing I never liked about the 508 was its propensity for the cartridge door to pop open and the cartridge to come flying out(it once gave me an accidental bolus). But otherwise,it was a great pump,& it definatly improved my control. It got me off the Lente rollarcoaster..and not having to stuff down carbs every couple hours helped me lose excess weight.
Posted by HVS at 12:22 PM 3 comments:

Dr. Google is Not Your Friend

When you google "low T4" and "normal TSH" and "excessive urination" you get a whole slew of stuff that you did not want to know. Seriously, pituitary, do NOT go the way of your sister organ(la pancreas) and whack out on me. Because you happen to control 4-5 other important organ functions, not just one.Will recheck in a month..it could just be a lab error,and I know widescale immune dysfunction is very common in type 1 diabetes(thyroid,adrenal,celiac). Actually,I could handle it if it was just hypothyroid,that's easily manageable. I'm trying not to think about the alternatives.
Posted by HVS at 5:03 PM 1 comment:

A Mile in My Flip-Flops

Labels: a mile in my flipflops, life with type 1 diabetes, youtube

I had a pretty nice weekend,(all things considered)on Thursday I went to a ADA/Animas event featuring America's favorite diabetes shrink, Richard Rubin. I have heard him before,he's always a speaker at Children With Diabetes FFL conferences. Animas provides the awesomest snack/meal refreshments...so it had that going for it.(food in abundance) It was held at a private company, after hours,so I had to show ID to get in.(the first time I've ever had to show ID to attend a diabetes event)I met up with someone who occasionally attends the pump meetings,and is sort of around my age(well, more so then 60)& it was cool talking to her again. Also found out that the area has a young adult diabetes group,& they have monthly meetings(bowling, etc.) so I may check that out, at some point.

Friday, my mom came up, and we got stuff ready for the next day's fleamarket.(that's all I did that day)

-was grateful I had a quick acting glucose drink on me when I hit 63, there's nothing like having that quick boost of sugar when there are 12 people simultaneously clamoring for attention and the fact that you're really not totally with it doesn't matter,15 carbs lasts till you have time to devour half the bag of chips and be 157 two hours later.

-figured that I should just go into the battery selling business,everyone buys them. I could pay for an Orlando vacation if I'd simply seriously stock up in the December deals season. Sold out, very quickly.

-raised $12 for the JDRF Walk to Cure diabetes, woot! (sadly,people don't just throw money at me, had to see something else) This is the first walk we've ever done,and have little clue about sponsership and all that jazz. One nice guy even bought extra when he heard what it was for.

-got a sunburn(windy,60 degree weather)

-dumped diet coke all over the comptroller form and have a heck of a time trying to write on it. Maryland is a very taxing state, and limits you to 3 flea markets/yard sales per 365 day period. (without lisence) Other states, they don't give a rap. But for the entrance fee, you get access to a very adequate selling space, and thousands of people flow through every weekend.(free to attend)

-swapped remaining junk with my mom

-rescued bins/boxes from a slightly confused individual who had decided we were throwing them away. Didn't ask, just took.(there were no signs declaring them free, either)

Despite that, had a good time...most of the people were polite,and not crazy.

Next morning, I was so sore I could barely move, but according to the Diabetic Athlete's Handbook, delayed muscle soreness is a good thing, because your pooped out muscles will not reach the same level of soreness in the next 6-8 weeks, no matter what you do.You're also not able to convert glycogen as effectively, and may see higher bgs.(true to form,I did see higher bgs) I used it as an excuse NOT to go to the gym that day.

There are several more D-events on the schedule this week,but there's also alot of school stuff to get done, so I'll probably only make it to 1.
Posted by HVS at 2:00 PM 1 comment:

A Day at the Diego Dzoo 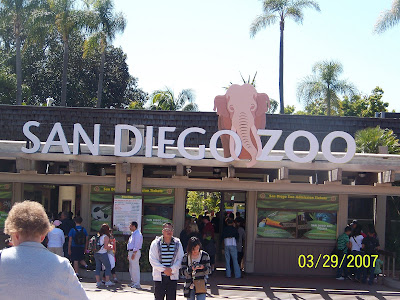 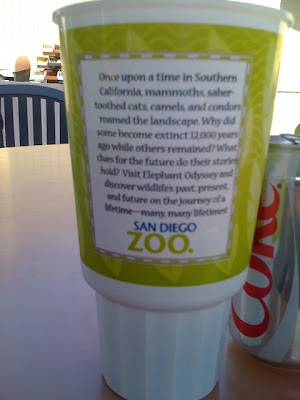 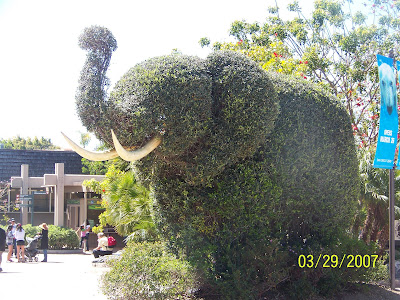 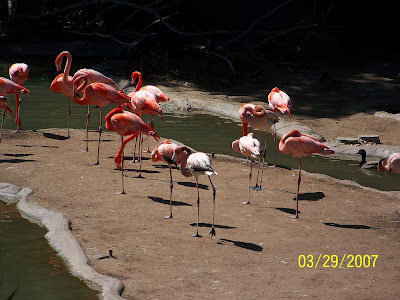 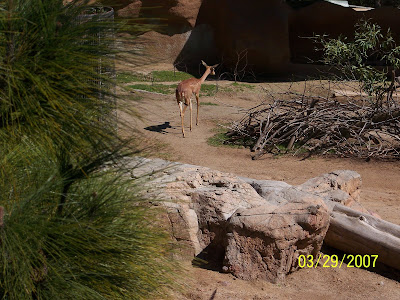 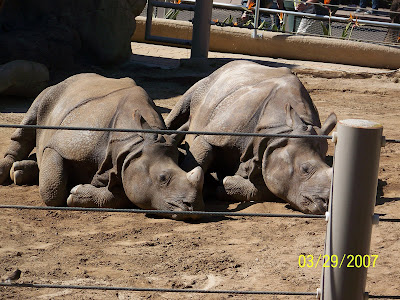 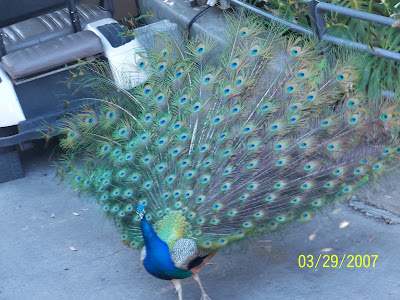 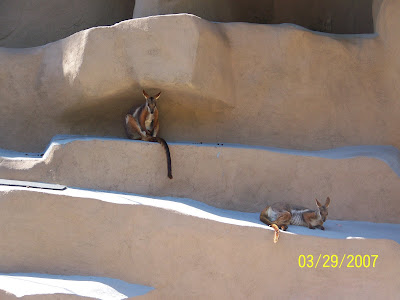 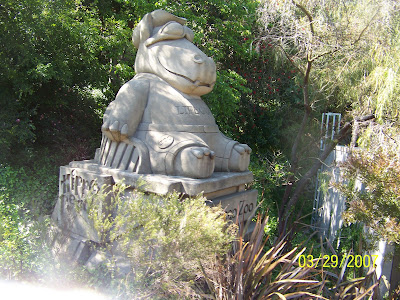 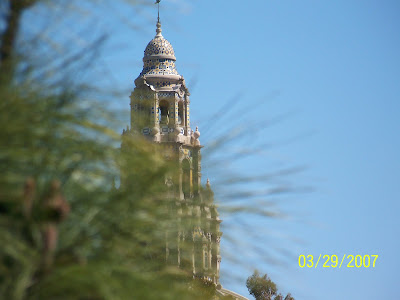 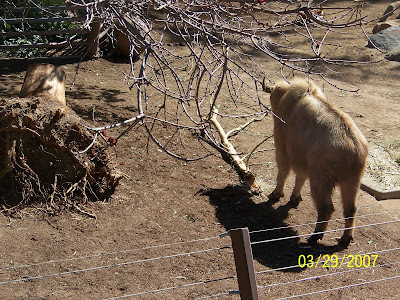 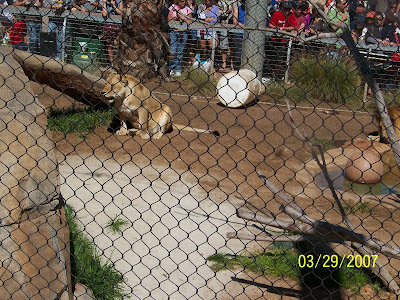 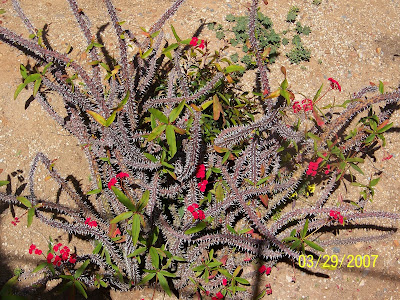 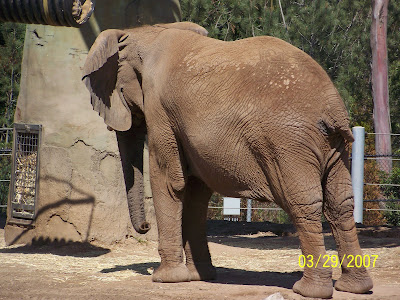 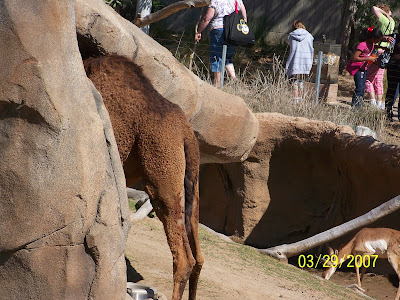 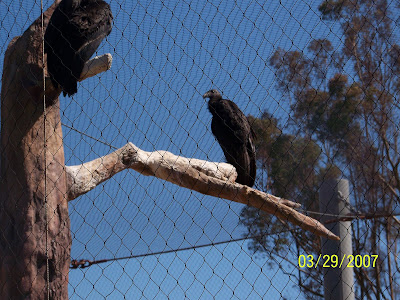 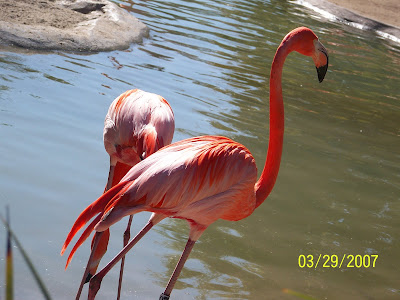 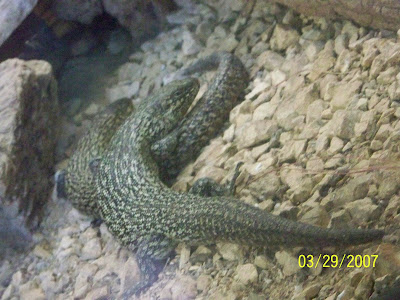 (and yes, we did spend a disproportionate amount of time looking at reptiles) 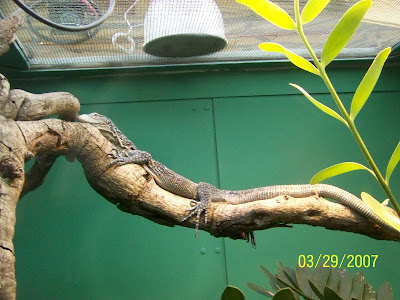 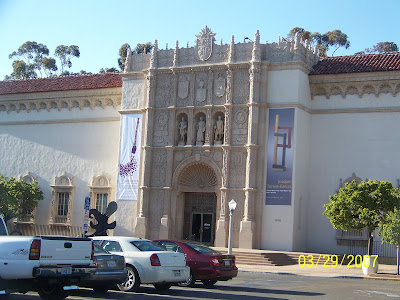 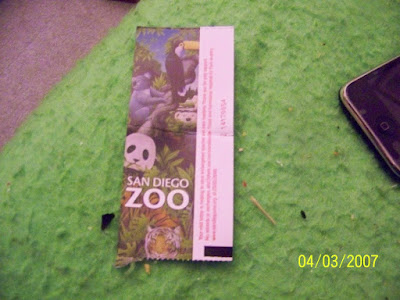 As an East Coaster,you learn to prepare for various nateral diasters.Floods.Hurricanes.Tornados.Earthquakes really aren't in our repetioire of things to lie awake at night worrying about.

It was right in the middle of the post-Easter Dinner lemon merangue pie when Baja Mexico let loose with a 7.2 after-dinner mint,thereby waking us all up.(in case we were sleeping) It felt initially like a storm shaking the house,only it was a balmy 66 degrees outside & everything was rattling.I stood up,as everyone collectively held their breath,waiting for it to stop.When it didn't,people started climbing under tables,etc.& I headed for the doors,if it was the big one they'd not be pulling my body from the rubble.(give me a natural burial any day)The house continued to shake & then stopped.

"6.9 on the tracker!" one of the other party goers announced.

"That wasn't a bad one,just a tremble," said someone else.

Yeah,it was.This East Coasters face was whiter then the Easter lilys adorning the church that morning.

"Need a drink?you look shaken up!"

"Coffee,please."(which really made no sense but that is what I needed right then)


It was a big deal...& for two people south of the border,it was a lethal day.Give me the predictable blizzard/hurricane any day.


- Posted using BlogPress from my iPhone