A Million Wishes for a Cure

What do you wish for?
(I wish that the blame game would just stop-and people would understand the facts about each type of diabetes.Being understood isn't a cure,but it would make our lives so much easier.)
Posted by HVS at 8:20 PM 1 comment:

Won't do anything, I've tried to reboot it in "safe"(and every other)mode. It either got a virus or blew out over the insufficient memory.

It truly is, dead. Served me faithfully for 4 years.(which is pretty good considering how cheap it was to begin with)

Can't afford another computer, so I'll be doing everything at the library for awhile.
Posted by HVS at 5:48 PM 1 comment:

Whenever I take a particularly large amount of insulin, it seems that normal bolus ratios don't apply. There are a couple(or more,depending on the dose) of units in there that I have to deduct or bam, after 2 hours I'm low.

Due to this "fudge factor", I'm a little leary about bolusing everything up front, preferring to dual wave it(and suspend basal for a period of time) on particularly challenging meals. Normally,I just bolus after I eat, and only after I'm 120+. Insulin works very quickly in me.

Ate a rather large stickybun on Thursday for breakfast,took only 6 units(instead of 8) and still
got low. I don't know if the sole alcoholic drink I'd consumed the night previously had anything to do with it, I hope not. How can anyone drink alcohol on a regular basis when it screws up the blood sugar so majorly? The rest of the day, I ran between 90-163(even with cutting my boluses in half) It's called dumb luck, and its why I rarely drink. I don't have that kind of luck on a regular basis-and I need a new medical ID.

I load my plate high with scrambled eggs,bacon, sausage,hashbrowns,and fruit, grab two chocolate milks/cup of coffee and slide into a back table-intent on eating my breakfast/waking up before heading off to another thrilling(boring) session.

The family at the table smiles in gracious assent, so I sit down and start working on my breakfast.

9 AM, they're finished, head off. I'm 1/2 way through with my own breakfast but I think I'll stay around for John Walsh's "Strike the Spike",I don't feel like hurrying.

I say yes, because there's only one person at the table and I don't wish to be unsociable.But why they chose my table out of all the other (more) interesting ones I don't know. I'm as socially scintillating as a block of wood.

"Dad, can I have some chocolate milk?" the little girl asks her father.

"Ok, I'll get you some." He looks helpless, in the face of such unmeasurable cuteness. And after all, its healthier then poptarts.

Casting a ruthful glance at the 2nd of my chocolate milk bottles, I sigh. No saving it for later- they need it more then I do.

"Thank you," he says, gratefully. And they commence to eating their own breakfasts.

Slap forehead, mentally. How do I get in these conversations- I must seem like a real brainwave.
Chocolate milk is not the healthiest of options.

The dad takes the little girl off to childcare.
I strike up a conversation with the lady on my
right.

"So, do you have a child with diabetes?"

"No, my husband has diabetes."

Yeah, that's right. She'd mentioned that, when she sat down next to me.

We have a very good conversation, and at the end of it, I've learned something. Just because one is the the Surgeon General doesn't mean diabetes is a piece of cake. In some respects, it must be more difficult when you're famous(you can't get support in the usual methods).
And its a good thing we were sitting in the back of the room, because by the end of the John Walsh presentation my sides hurt from laughing so hard(and it was time to check damage control from the breakfast)

"Same here." I smile, and though I'm still tongue tied the instant her husband came up I hope I'm not too bad.

11 AM- My stomach is rolling and I go back to the room for a nap, prelunch.

1:30 PM- Get up, go back to buffet for lunch. Look at lunch + decide the only thing I want is sugar free punch. Go to
joint Nicole Johnson/Fran Kaufmann "D and Pregnancy" discussion group.

"Now, I'm not going to ask if anyone here is pregnant;
(my stomach lurches) but I just want to say that its entirely possible to have a healthy baby with diabetes..." Nicole J.Baker is giving the opening remarks.

Darn it, I'm not going to make it. Need to get back to the hotel room before I hurl. At least I got to see Nicole.

10 minutes later, I stumble back out + back to the hotel room I go. Become a recluse for the rest of the day, while the disagreeable food made its way out of my system.(I think it was the sausage) Dissapointing, because I'd planned to attend the Young Adults dinner(with Will Cross) that evening but that didn't happen. Ah well,such is life.
Posted by HVS at 9:57 PM 1 comment:

Under the Pelikan Sun: A Love Affair with a Lancing Device

9 days and many memorable experiences later, and THIS is what I've gotta post about first. It made the entire trip worthwhile. Unfortuantly, I'm not able to post pictures or links(weird computer quirk of the day) so for the time being,you'll just have to read about it here:
http://www.healthcentral.com/diabetes/c/17/2728/pelikan-sun/

The thing is every bit as wonderful as the diabetes web guru David Mendosa says it is. Its only drawback is its the size of two cellphones. (it will not fit in your meter case!) And its mine to trial for 90 days.After that, the company says they'll be offering it at a "reduced" price for purchase. And I just might buy it, the thing is absolutely the best darn LD on the market. (and I think I've tried them all, the scars on my fingers bear testimony to that fact) You don't feel the pricks at all.(it's also going for $250+ in Australia,should you wish to shell out for one now)I think that everyone who attended FFL must have gotten one, it was a very popular booth. 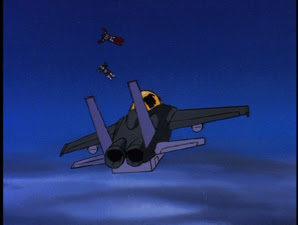 Just as soon as I:

-Go to the laudrymat and wash,dry,and iron 7 loads of laundry.

- Eat up everything in the 'fridge set to expire in the next 8 days.

- Pack, pack, pack! The only thing I can AFFORD to forget, would be my diabetes supplies. As weird as that sounds, I could go sans everything + hundreds of complete strangers would volunteer whatever I needed. I am sure that I'll forget something else though(I always do) and be kickin' myself the whole week.

- Make a run by work + clear up a little discrepency about the number of vacation days I have left.(magically halved,last Thursday) Because they're wrong,I had to readjust the remaining personal days to cover this vacation + I'm not amused at this latest glitch in the "never let her finally get away" conspiracy.

- Go to the gym. Its going on 3 weeks since I've last been,and I'm going to a diabetes conferance,for pity's sake.I need to feel like I'm attempting good management(on some scale).

-Take my youngest brother out to eat-when I get back, his leave will already be over
and nothing is as important as family. I love him & I'm proud of him + every moment counts when dealing with the uncertainty of war.

- Sleep. If there's time,and if I'm not too excited, before my flight
takes off at 6:40 AM Tuesday morning. It's gonna be so cool to see various
people again-and meet some new ones from Tudiabetes.

The Sorenson Project: Roadmap to the Future

This article:
reminded me of the Scrubs rerun:

Fascinating concept,that. Quote:
"The aim of putting all this technology into the Intelligent Toilet is to improve quality of life by keeping a continuous check on symptoms indicative of "lifestyle" diseases, such as diabetes. Such diseases often go unnoticed until the patient goes to the doctor's for a check-up, by which time the symptoms may have progressed."
If you have-get sugar in your urine,that can cue you in to get yourself to a doctor + not be ignorant of the situation for the next 20+ years.Maybe a device like this would be worth the $5,000 sticker price to those who ARE at a strong risk for the disease. I'm more interested in the diabetes angle of this device- getting people diagnosed early will save many millions of $$'s in the long run.(I don't know if its still around,the article is from several years ago) What America needs- is diagnostic abnormal urine detecters on every single sanitation disposal device out there. And they've got to be cheap. No one wants to pay $5,000 for a toilet.


And speaking of other research projects for the greater good,check this out. The ultimate goal, is to be able to trace the ancestry of every single person in the world, via maternal or paternal dna.

The MAP of
so-far participants is quite impressive,this is a global project.(albeit
a bit..difficult).You request the "kit",and they send you a mouthwash sample/geneology forms to fill out. Yep,there's issues of privacy, but ANYTHING can get hacked + I believe they're doing their best NOT to let that happen. This is a really cool project!(in my opinion)
Posted by HVS at 6:41 PM 2 comments: