Ten Things that I wish the Nursing Profession knew about Hypoglyemia

1. It's called hypoglycemia. It's not called freak-the-heck-out-and-dial-911-itis. Unless I'm unconscious.
2. Stop asking me if I feel better ten seconds after I drink the juice. If its a bad low, I won't be feeling better for another 45(and beyond) minutes.
3. I'm shaking like this because my cells are reacting to being deprived of glucose, not because I'm cold. Although I could be cold as well, piling 50 blankets on me is not going to fix the issue.
4. I can't be held responsible for what I do and say under 70 mg/dl.
5. Stop asking me what I had for breakfast. Totally irrelevant in the present situation, I'm on an insulin pump not NPH.
6. Stop asking me if I'm a brittle diabetic. I will kill you.(not really, but see #4) Hypos happen,most of all to those seeking tight control.
7.Telling me that I look so much better now does not,in fact, make me feel like any less of a zombie post-low.
8. I need a nap. Now. Not your "small bit of protein billion carb pb&j" sandwich.
9. I really,really appreciate a nurse that doesn't do any of the above. You're an anamoly. Thank you.
10. Hypos aren't just physically exhausting, they are embarrassing as well. I hope you get that. I hope you realise it's the last thing any PWD wants to hash out ad nauseum until the cows come home.
-----
Regretfully, I didn't get into the AP study..they made a new rule that if you were non compliant in a past study involving bg testing, then you can't be in any others involving daily bg testing. (for cost saving purposes) Well, I was(in the study 3.5? years ago..apparently I didn't test at least 4x/day. I do so now, more like 6-8x/day but it is what it is. I find it frustrating that they go digging around for obscure reasons to disqualify people though. (the study Endo calls me up to drop the bombshell, I never knew about it till then.)There will be other studies.(another one sometime this fall,that that reason wouldn't disqualify me.)

- Posted using BlogPress from my iPhone
Posted by HVS at 7:41 PM 4 comments:

On the Road with the Artificial Pancreas

He is the most interesting man in the world.

The "he", fyi, is Ed Damiano...a biomedical engineer turned Artificial Pancreas guru, and father of a type 1 child with diabetes. (and a speaker this year at Friends for Life. Perhaps he has been other years, but I've been kind of out of the loop. I was excited to hear his talk this year, to find out exactly how the Massachusetts clinical trials are going. (very well, apparently. On track to submit to the FDA in 2016, perhaps on time to be approved in time for his son to go off to college in 2017). And I was impressed by his drive (and smarts), but namely, I needed one very important question answered before I threw my approval to this particular artificial pancreas attempt.

NEWS FLASH: THERE ARE MULTIPLE ARTIFICIAL PANCREAS TRIALS GOING ON ALL OVER THE US, AND THE WORLD. I'VE GOTTEN A BIT TIRED OF HEARING ABOUT MEDTRONICS VEO SUSPEND(NO THANKS, DON'T TRUST IT) AND YES, EVEN DAMIANO'S. THE UNIVERSITY OF VIRGINIA HAS A VERY PROMISING ONE, THAT MIGHT JUST BEAT THE SOCKS OFF DAMIANO
'S.

Back to the topic at hand..oh yes, Damiano's trial. His system uses a dual chamber glucogon/insulin combo, and releases each, as needed. (other systems are solely focused on the insulin/suspend parts) My concern would be as to whether or not getting all that glucagon might make the user sick/nauseated, which Damiano assured me that the amount of glucogon released in the "microspurts" was only 1/8 of a standard glucogon dose and hadn't made anyone sick, to date.(I knew of a person in his trial who had gotten sick,and she assumed it to be from the glucogon. She had to drop out.) I mean, I guess a functioning pancreas does just that(release glucagon as needed) so it's not exactly a foreign substance to the body. (long term studies on this are still unknown though) By the end, I was thinking alot more highly of his AP then previously. (glucagon plus insulin just makes sense, and MIGHT keep the bg more stable then just insulin. But I dunno, because UVA's is also one sweet piece of technology and at this point I think I'd take any AP that was given to me) His system differs in one other key regard...it adjusts to the changing needs of the user. (not "fixed" on insulin: carb ratios and the like. Life is fluid, insulin needs are fluid, everything is always changing. And if my brain was an artificial pancreas I could do a heck of a lot better with managing my diabetes.(there are always so many variables that need adjusting for)

That session, regardless of my particular opinion, had every person in the room really excited and ready to go and sign up the very next week.(I get that, I do. It is cool beans, and if I lived around there I'd probably also want to be involved). But my involvement has been/and will be with the UVA project. (and then, I got an email from a clinical coordinator at UVA...which led to me being more excited for their project, then for Damiano's.) Still, anyone who has a desire to be in a clinical trial (esp. an AP one) should be.

Tomorrow I'm going in for a screening study. I'm excited to be a part of making a better world, for everyone with diabetes. (regardless of who wins this "AP" battle.)
(cross fingers and toes that I'll get in! I think the only thing that might preclude me from that, is whether my thyroid tests are in-range. I've been pretty bad lately over taking my thyroid pill.)

Let's talk about Friends for Life.

(was it exciting? Did anybody fall into the pool? Were there any Diet Coke drink-offs? Did the sponsors bust some moves, Gangnam style? Did you met any new DBFF? What happened?!?)

I feel like this conference was basically one big hyperglycemic blur, probably because it was. I had grabbed a box of bad pods, & basically Monday-Sunday was spent in upper echelons of 300 mg/dl. You'd think that,being at a D conference,the pump company reps would be able to help you out...nope,not in this day and age.(lawyers?!?) Changed pods 8x, got two pump errors,& even borrowed a pod from someone else. (shots worked,so it wasn't an insulin issue)

So,yes. I'm a little ticked off at Insulet right now.(they keep insisting it isn't a PDM thing) I'm about ready to say forget it, I'm getting a Tslim (it IS a PDM issue. I've since tested other pods from other lots & I'm still high) It seems to be impossible to get a hold of the rep in my area (to get a loaner)as well, & it's just ticking me off all around the board right now. Whatever happened to customer service? In the meantime, I'm back on my Ping.

So yep, FFL was as amazing as always..but I guess I just wasn't feeling it this year. It was fun, and I'm forever grateful to the two grandmothers who made it possible for me to go,but I've never before had such craptastic blood sugars over the course of a week. 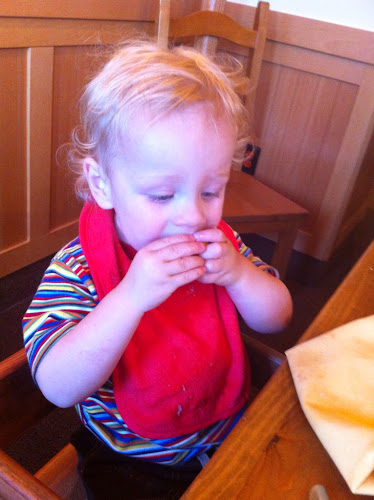 ...he'll want some milk with that (just pretend it's milk,ok?) 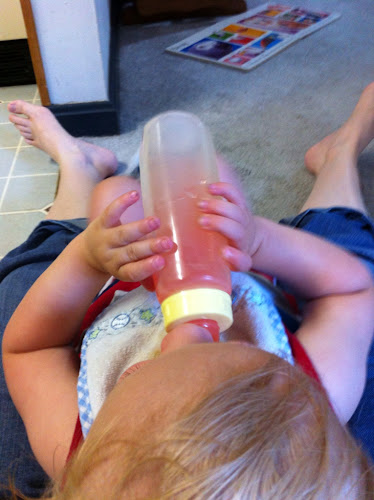 And he will want to be entertained. 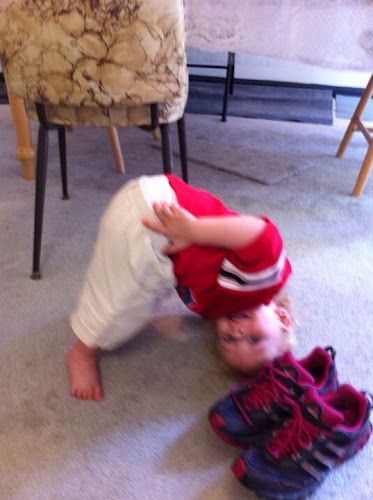 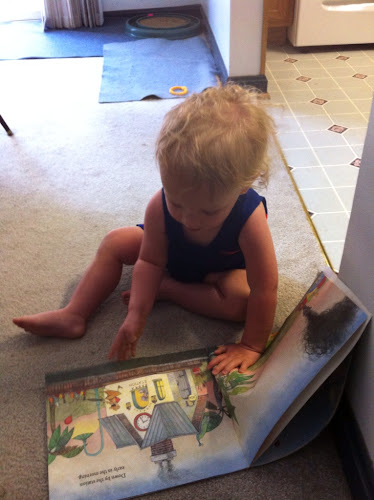 After reading all the books in the house, you will go to ToysRUs... 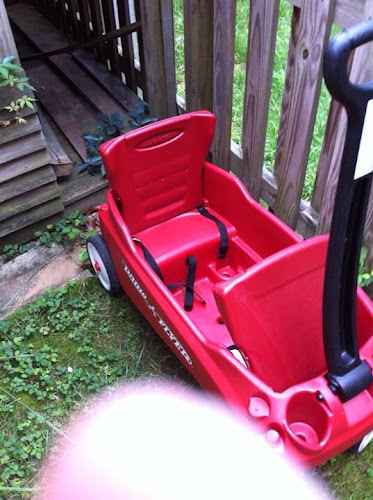 And buy a red wagon.Which he will want to ride in. (after Daddy puts it together) 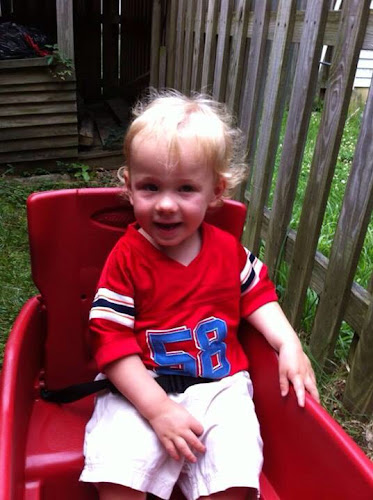 The ride will drop your blood sugar, and this will be your post-breakfast spike.(on waffles) Not that I'm complaining. 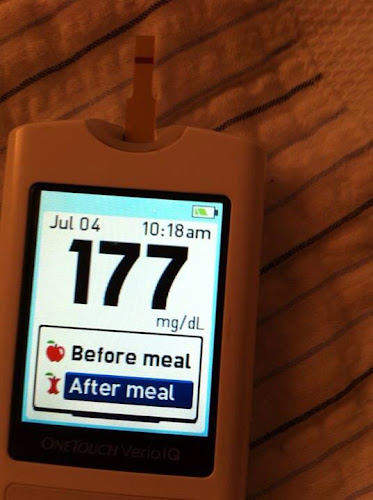 After that, it will be time to feed yourself cookies (and diet coke) to prevent going low. Your toddler will want more milk (and possibly cookies). (better choice: lunch) Repeat clean child,high chair,& kitchen floor. 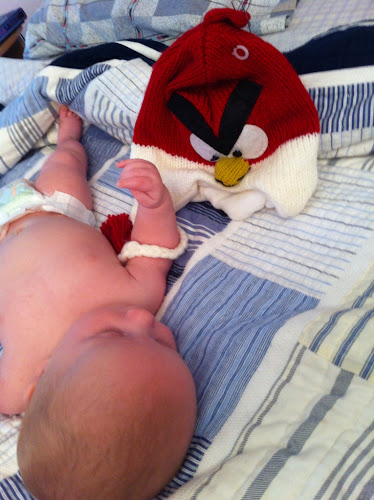 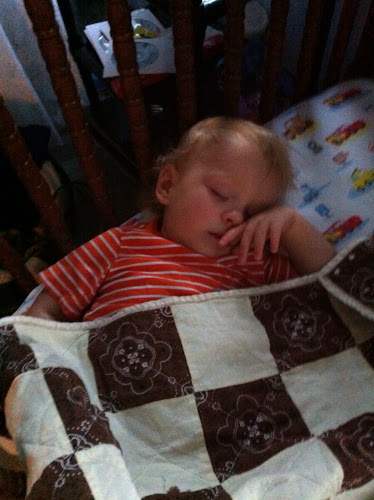 And it's time for a nap!(for Mommy too)