A Trip to the ND

Yesterday was a wild sort of World Diabetes Day.
I woke up early,participated in the 24 hour Twitter WDD chat that was going on. Blood sugar was flat in the 170's. Took J to the babysitter, prepared my handwritten log,ate and bolused for a bowl of oatmeal, cancelled my Chiropractor appt.(which is always a Friday morning deal but I was feeling overwhelmed) and made sure I had all the things I needed for a long day on the road..then I drove to my Endo appt(scheduled for 10:30). They were running behind,& the waiting room was pretty full. As always, the assistant did weight(up 2 lbs),blood pressure, a blood sugar(322,yeah I should have prebolused that oatmeal) and since I hadn't gone to the lab to do an a1c I payed out of pocket for one on their machine. Endo appt went kind of rough, she didn't like that I just went cold turkey on taking Synthroid but doing a ultrasound to see if anything is going on & another set of labs to her before next appt. She also didn't like my process of ignoring the pump suggestions/frequently bolusing via syringe to make sure it got in.("Either do one or the other.") A1c had dropped by .6 so she was slightly happy over that but not to the point where it forgave my multiple diabetes related trespasses. ("you have to be in the 6's if you want to have another baby.") I'm aware of what's involved, I did have one. Ah,well. It was then off to my next appt of the day,with the ND in DC. I abhore driving in the city, everyone is so rude/horns blaring constantly,barely found a parking garage and every one I asked had no clue where anything was. It's like they live their entire lives within a two block radius. I'd been trying to get ahold of my husband to pick up J by 5:30(no way in heck I was going to beat the Friday rush) and that just added to the stress. Finally found the correct building,went down to the basement office. As I opened the door (with minutes to spare) a strong blast of aromamatic therapy hit both nostrils..and the office was decorated in Chinese artwork. Yes,
It was going to be one of those kinds of places. We went into the ND's office, he offered me a glass of water before we got started(somewhat unexpected..) and went over my entire medical history. First and foremost, I wanted to get my thyroid sorted out. Next, I want to check for gluten sensitivity. He explained a lot of things and agreed with most of what I had to say. He said that in the absence of abnormal thyroid tests with fatigue,adrenal functioning should also be considered so that was added to the list of tests.(full thyroid panel,Vit.D,gluten sensitivity,adrenal saliva cortisol) Rgise are the basics. I can get the normal tests done at a LabCorp nearbye,the others will have to do at their other office in MD)
The pharmacy will mail me the prescription for NatureThyroid,which is a T4,T3 blend.(we are starting at the lowest dose,because my T4 is tentivly in range)
He recommended fish oil supplementation as well,which I agreed with, (helps the heart health) and Evening Primrose Oil,which I said no thanks to. He's a big fan of fixing everything at once. (Me,not so much. I understands the reasoning but if you start all the radical changes at once how do you know which one doesn't work?) Anyway,we have a plan, moving forward.
Paid,hustled back to my car, paid for the parking, texted babysitter that I might be late,and started to inch my way out of the mess that is DC on a Friday afternoon. Finally got ahold of my hubby who could pick up J. And then I started getting stabbing pains under my rib cage, which continued for the two hours it took to get near home. Blood sugar stayed up in the mid 350's. Thought I might have mono,because my neck glands have been pretty tender for the past couple weeks and mono combined with spleen pain is bad business. Went to the ER. A bag of fluid and some antacids/pain reliever later, blood work came back negative but I do have a lot of sinus drainage/red throat (possible infection
) so I got put on an antibiotic/antacids for that. Drove home,crashed.(near 10 pm at that point) Blood sugar finally down to 89,so a snack was involved.
Way to much adventure for one day.
Posted by HVS at 7:21 PM No comments:

Today, my thyroid tests came back normal. Which is all well and good for my Endo appt next week(I appreciate that she emails me back so promptly) but I feel like there's a whole autoimmune picture that I'm completely missing the boat on..and that the two thyroid tests in question are not telling the entire story. My thyroid is a mystery..it has been sputtering on and off since my type 1 diagnosis(16 years) and now appears to be,on. Since Synthroid makes me feel incredibly bad, I take it maybe once a week..and still have an in-range TSH and T4. (I have not yet admitted this to my Endocrinologist.) It now appears that I don't need to be taking it,but there are other thyroid tests that I'm curious about(T3,etc.) that tell a more complete story of my thyroid and my Endo doesn't want to run them because everything is fine with my TSH. However, I still have an autoimmune attack on my thyroid (as evidenced by elevated antibodies) and this will always be the case. I have also learned that low Vit.D is part of the whole Hashimoto's deal and that's something that should be monitored periodically as well. I like my Endo,but those aren't tests that are on the top of her agenda. From the TCOYD conference, I learned so much more about the whole gluten-thyroid-low Vit.D love triangle and though it doesn't appear that gluten is a problem now,it may very well be messing with my thyroid. I'm so conflicted because who goes off gluten just for their thyroid and it's still "iffy"evidence. Yes, I have the genotype for celiac disease but so does 1/3 of the population and few go on to develop celiac. I will not say that I won't ever go gluten free (I love my gluten) but currently it's "wait and see." In the meantime, I have scheduled an appointment with a Naturopathic Doc
(because of Maryland non-licensure laws,I have to go to DC). I feel like they will offer more insight into this mess that I'm currently not getting. Love my Endo, but not all thyroid patients can take Levothroxine. (A fact she isn't understanding. My body hates that drug.)I feel like I should also have a thyroid ultrasound,after 16 dysfunctional up and down years. So, I've made an appointment for Nov.14..and I can't wait to get a full work up for defincies, etc.
I've never been to a ND before,and I'm certainly not going to stop taking insulin(if they ask,I will run far,far away) but I think this will be a good experience..modern medicine and alternative medicine can work together. Neither of them has all the answers. I'm certainly going to keep my Endo in the loop,and not do anything overly rash..but I feel like it's time to start looking for answers elsewhere. 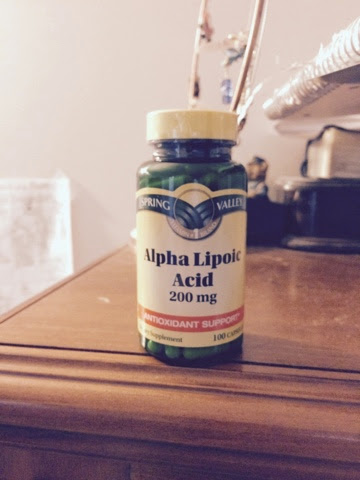