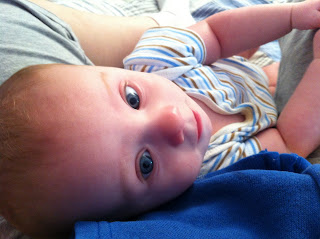 
Many people with diabetes (myself included) fight the continual auto-immune wars. 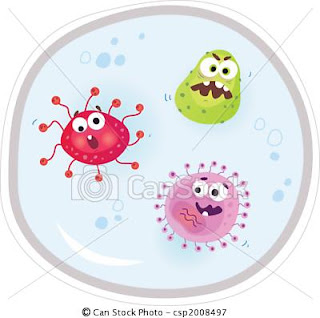 I imagine my thyroid cells like champions of yore (perhaps the Spartans and their Battle of
Thermopolae) , defending that pass, down to the last cell. Or perhaps those
t-cells that currently do
battle against my thyroid aren't of the same caliber/brutality as the ones that
finished off my islets. For my thyroid has been dealing with this onslought for
about 14 years now...concurrently with my diagnosis of type 1 diabetes. I've been
off/on Synthroid several times,pregnancy tends to increase the "needing help"
factor,but it keeps a lickin' and keeps on ticken.' My Endo (very much the thyroid
person, she is convinced all T1's are headed for being messed up in that dept.)
keeps watch over it with a wary eye...it's anyone's guess when it will die for
good.) I'm not really worried about it,when it happens, it happens,and its probably
the easiest organ function to self-regulate.(pop a daily pill)


Family Fun Fact: there's an additional autoimmune disease prevalient in my family.
Rheumatoid Arthritis is it's name, and both my Grandma and Mom had/have it.
It's a very genetic disease, and much as I don't like to think about it,it's
probably coming for me. Now that I've A. passed 30 B. survived pregnancy, for the
past couple of months my joints have been stiff/hurting. Ignoring it/doing more
exercises/self-medicating/etc. hasn't really improved the situation, so I went to my
doctor for some screening bloodwork (and checking for anything else, like Lyme
disease). Most of the time it shows up after kids (like 40+), but I think that it'll
probably go after me early(given that I don't intend to have 6 kids and spend the
majority of my 30's pregnant). Pregnancy is a state of immuno-comprimisation, so
that's why I think whatever's going on has waited till now to strike. If I do have
another auto-immune disease,it's going to be tough to deal with(LEAVE ME ALONE,
DISEASE). Diabetes is one of those things that you hope you can live a semi-healthy
long life with,but there's not much comfortable about a progressively debilitating
disease. (Plan B: go ahead and have six kids so that they can take care of me when
I'm too arthritic to care for myself & my husband, being 13 years older then me, may
not still be alive)

The Girl in the Plastic Bubble* (this is as bubble-ish as I can get us. I'm not a Photo-Shop Pro)


Sometimes it feels like we live our lives in a plastic bubble.

"Keep your a1c under 6.5, and your risk of complications will be seriously decreased."

That list goes on. We are, in the eyes of the media, healthcare profession, and the general public...a fragile species,that needs to be sheltered from the big bad world. (that will kill us) Our plastic bubble (of rules and regulations) will keep us safe.


But the thing about plastic bubbles is, you can't stay in them forever. Just like John Travolta's character had the yearning to rebel & go live life on his own terms,(regardless of how scary that was) we have to let diabetes conform to our lives...not the other way around. We can't live in a hospital (above and beyond the fact that you'd not be living very long in there anyway, with the rate of iatragenic infections) and reciting of the mantra "What would my Endo Do?" (in said situation)doesn't always jive with what we want. You've got to balance life with diabetes & keep on keeping on.


I am not a girl in a plastic bubble. I am not "fragile", to be lumped in with a million other PWD you may have come in contact with. I am unique,
on my own journey & not about to take the opinion of your brother's girlfriend's mom's first cousin-once-removed opinion about my disease. And till the day I die, I won't be defined by the lack of a functioning organ.


*(If you've ever seen the movie "The Boy in the Plastic Bubble"...(starring John Travolta)you'll have caught the reference.)
Posted by HVS at 1:20 PM 2 comments:

Confessions of a Diabetic Mommy: The Top Eleven 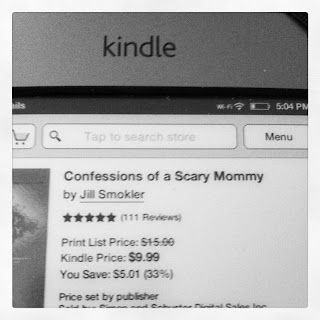 #1 My child is witness to the sprouters, sprayers, gushers, finger pricks, pod changes, dexcom changes,and simeraly gory D-Acts 24 hours a day, seven days a week. At this age it shouldn't be upsetting,but I don't know, I'm probably scarring him for life (and setting him up for many future therapy sessions). I know toddlers definetly don't like seeing blood(I once checked my blood sugar while baby-sitting one and she started screaming, at top volume). He just smiles, and enjoys looking at his momma (probably the only time in his life he'll enjoy doing so).


#2 Our first family vacation will be a Diabetes Conference. (and likely many more) How utterly geek-y and appearingly not-fun is that? (it is actually very fun, but a normal person would probably pity the poor little soul) It's Orlando, it's summer...so there's not just the conference going on.(although he's rather too young to do anything this go-around)


#3 Sometimes, when I'm especially sleep deprived,(or low) I'll ask him "Are we low?", drink a juice box, feed him, and go back to bed. Low=cranky=feed both of us, in my mixed up brain. And if I'm not low, I'll wake up later with a high bg. (he isn't D, or hypoglycemic,and I'm very grateful for that)

#4 Sometimes (when I'm low) I'll drink the juicebox while he screams to be fed...and feel like the world's worst mom. (Dear Passersby: there's a reason I'm staring blankly at my screaming child, I swear there is. Don't judge unless you've been there)


#6 Pod-y and Dexcom sensors are very tempting to little fingers. (which like to yank and grab anything and everything)They don't get anywhere near his mouth, however.

#7 I still leave test strips at random spots around the house..I need to d-proof the place, before he starts to crawl. (don't want him to be eating test strips!)

#8 Most of his friends will probably be connected to the DOC/D-World (in one way or the other). Eh. (not bad..just weird)

#9 He loves looking at my lighted Dexcom graph...and pretty much anything else with a light.

#10 I've already dipstick-checked several of his super-saturated diapers for ketones/glucose. Neurotic mother that I am, if he is going to get diabetes,I'd rather be knowing sooner rather then later. No, his kidneys just work well (and its summertime). I will not do anything invasive,& I'm not going to make his childhood unlivable, I'm going to let him be a kid. (and I'm also not going to do the Trial Net Study, because that would be even worse)But I am going to be vigilant for the signs.(should they occur,knock wood that they never do)

#11 I've wondered if a PWD had a low while locked in a room with nothing but a breast pump and a glucose meter,could they drink the breast milk (or would the act of extracting it make them even lower) Milk really doesn't have enough carbs to raise one quick enough,but its a rather fascinating concept...that you could save your own life.